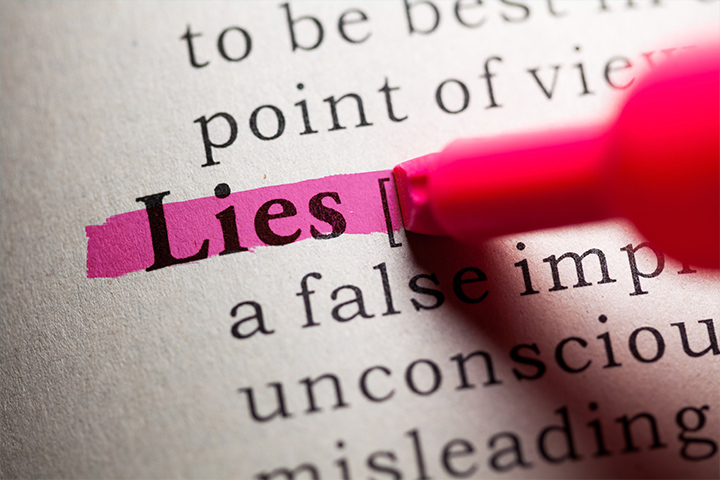 Words of Hope: People of The Lie

Ravi Zacharias, one of the greatest theologians and apologists in modern memory, had an incredible ministry by all outward appearances. Dad and I LOVED Ravi. We listened to his talks and marveled at his oratory power. His brilliance in crafting arguments, sermons, and lectures was unparalleled. Dad met Ravi in person at an event, and he was struck by his humility and kindness. Then the stories came of Ravi’s gross abuse and impropriety toward young women, a lifetime of living in denial, cruelty, and harm. His travel schedule, isolated apartments in Asia, and co-ownership of massage parlors should have given plenty of warning to his inner circle and family. Ravi coerced women into doing unspeakable acts by telling them they were chosen by God to bring him comfort. One of the strangest and also one of the most common troubles for “Christian” men who hold power is that when they abuse women, they invoke absolute authority by claiming to be spokesmen for God. They foster the abuse by entwining God’s love with their desire, the Bible’s words with their will to power, the innocence of the naïve with the intrepid wickedness of their own lust.

The author Scott Peck wrote a book called People of the Lie, in which he wrestles with the conundrum of people who actively work to deceive others. Dad and I were heartsick when the truth about Ravi came out. Why did his family not see it? Why did the hundreds of workers not see it? Evil is complex, and it is challenging to see as it cloaks itself in a mask of sanctimony. People catch glimpses of it and maybe are gullible enough to believe the lies that are told. We take people for what they say rather than checking, reviewing, holding accountable, and embodying and requiring honesty. I think it is so common because we aren’t expecting people to lie at this level–to be so believably good and so incredibly nefarious and duplicitous. Dad and I have sat in sessions with people who adamantly deny any wrongdoing, weeping and speaking so convincingly that we were certain our suspicions were errant, only to find out later we were correct. The church, in many ways becomes a place of the highest level of sickness because it sets a high standard of moral behavior while attracting charismatic personalities who are convincing, eschew scrutiny, and wield tremendous power.

“Through love and faithfulness sin is atoned for; through the fear of the Lord evil is avoided.” – Proverbs 16:6