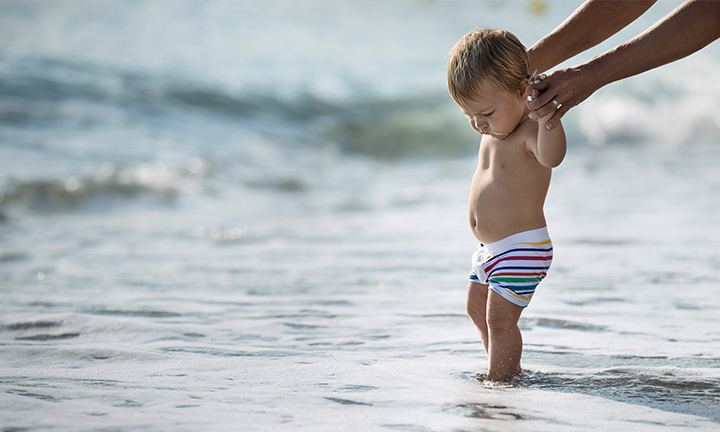 The birth of a child is the grandest and most Godlike event a mother and father can experience in a lifetime. In fact, it is so miraculous every other life experience pales by comparison.

My son gave me an inkling of how this miracle birth affected him. At the birth of his first child, he held me in his strong arms, as tears rolled down his cheeks, and whispered in my ear: “Dad, now I know how much you love me.”

Unquestionably, babies change everything. The miracle son or daughter changes parents’ lives in every way. Children are 24/7 projects, bringing out parents’ very best, but sometimes their very worst. Often, a parent gives more time to a child than to the spouse. As you have observed, parents seldom, if ever, divorce their baby who develops into an adult child. Also, often the child never divorces the parent. By the way, how often have you heard a sports star, when interviewed about his performance in a game, say: “Hi, Mom!” A mother is never forgotten!

As I deliberately contemplated how babies change everything, the narrative of God becoming a baby captivated my thought process. Let’s be real. The narrative is either factually accurate or the greatest fairy tale ever told. It has been proven to me the narrative is unerring and credible.

Baby Jesus changed everything, even at His birth. Mary and Joseph birthed and nurtured the Savior of the world. Shepherds adored Him in the manger. Magi came to worship Him, while Herod tried to kill Him.

Jesus came as a baby, despite being Son of the God of the universe. Yet, He willingly came to save us from ourselves, although He could have crushed anyone and anything as a superhero. Instead, He came like a soft, gentle lamb and later was called the Lion of Judah, King of kings, Lord of lords, Prince of Peace, Alpha and Omega.

The man Jesus changed everything so human beings could be transformed. Thirty-three years after His birth, He gave His life on a cruel Roman cross. Dr. James Allen Francis clearly characterized it this way:

“All the armies that ever marched,

All the navies that ever sailed,

All the parliaments that ever sat,

All the kings that ever reigned,

Put together have not affected

The life of man on earth as much as

That ONE SOLITARY LIFE.”