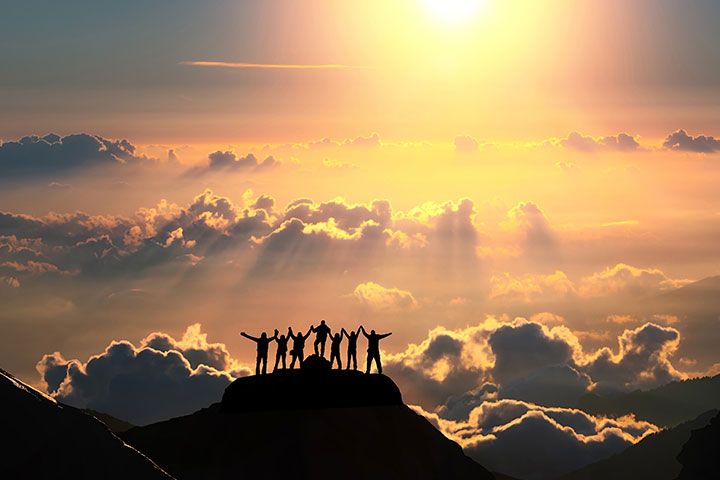 Words of Hope: Together

A passage of scripture blew my mind this week. The writer of Hebrews is describing so many beautiful men and women of the faith; some who changed the trajectory of nations, some who won miraculous victories, some who were martyred and abused for their faith. They are described as people who the world was not worthy of. These people, the writer outlines, are incredible saints of the faith. The passage says they were all commended for their faith, but they did not receive what they were promised. Wow! They did all these amazing deeds, but the story is not over. Why have they not received what they were promised? The passage says because, “God had planned something better for us so that only together with us would they be made perfect.”

I love this idea – “only together with us.” This image of the importance of unity and being together gladdens my heart. I imagine heaven with all its mystery, wonder, and splendor; surrounded by mighty people of faith who can only be made perfect together with us.

I believe I am part of the us. Perhaps this is arrogance, but I have felt part of this “us” since I was a young child. In Romans it says, “The Spirit Himself testifies with our spirit that we are God’s children.” What great joy to know the gift of being a child of God, invited to the table of abundance with the mighty saints of old. I imagine Dad at the table with Gideon and Barnabas, Ruth and Esther, with Teresa of Avila and Julian of Norwich. My beloved, loving father rejoicing with all the amazing saints who have gone before waiting with joy for us…waiting for me.

“And what more shall I say? I do not have time to tell about Gideon, Barak, Samson and Jephthah, about David and Samuel and the prophets, who through faith conquered kingdoms, administered justice, and gained what was promised; who shut the mouths of lions, quenched the fury of the flames, and escaped the edge of the sword; whose weakness was turned to strength; and who became powerful in battle and routed foreign armies. Women received back their dead, raised to life again. There were others who were tortured, refusing to be released so that they might gain an even better resurrection. Some faced jeers and flogging, and even chains and imprisonment. They were put to death by stoning; they were sawed in two; they were killed by the sword. They went about in sheepskins and goatskins, destitute, persecuted and mistreated— the world was not worthy of them. They wandered in deserts and mountains, living in caves and in holes in the ground. These were all commended for their faith, yet none of them received what had been promised, since God had planned something better for us so that only together with us would they be made perfect.” – Hebrews 11: 32-40