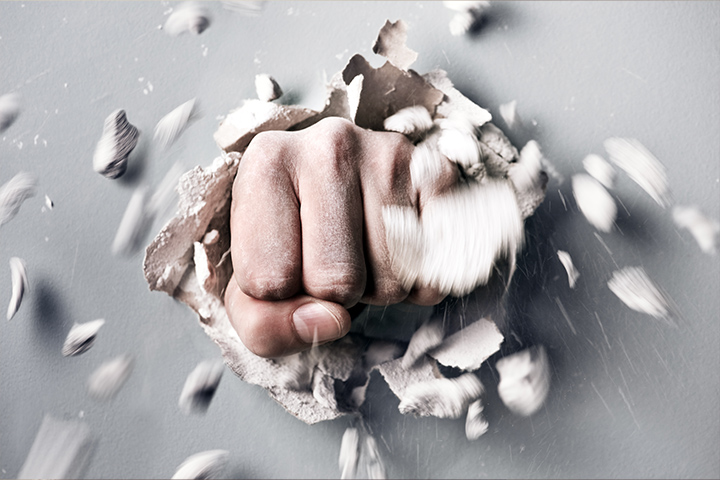 Being a basketball coach, my Dad studied momentum. He analyzed how teams and coaches responded to mistakes and difficulties. He often asked, when crisis strikes, how does a family or business, or country respond? He believed those living reactively would use retribution as their motivational tool. In crisis, companies, families, and countries will unconsciously attempt to move people by a “witch hunt” reactionary response– the intense pursuit to find someone to blame. Retribution becomes a preeminent preoccupation.

Dad and I marveled at the rapid downward spiral of an emergent clothing company that had skyrocketed in the world of women’s athletic clothing. This company reported record income until a crisis hit. Some fabric they purchased for their leggings was too thin and revealed more than their customers desired. Customers complained and returned the leggings. Hundreds of thousands of dollars were lost. The company began to lock down and search for those who made this terrible error. People were fired. Heads rolled. Key personnel quit in the form of retirement. In the aftermath of the witch hunt, the company suffered not just one crisis but four consecutive crises, each dwarfing the previous crisis in cost and hardship.

Distress, finger pointing, and inquisitions push people to make more significant mistakes. It’s easy to see this snowball effect on a sports team. Basketball is a sport that exposes the detrimental problems that arise when leaders and coaches are motivated by retribution. Teams that immediately bench players for mistakes often compound those mistakes. Their players play tentatively and timidly. Players watch the bench instead of focusing on game flow. The same is true of businesses and homes. Dad believed that if we respond to crises with a mentality of retaliation and punishment, vulnerability is lost.

Vulnerability is crucial for creativity. The two are inseparable, and when we lose vulnerability, we lose our ability to think outside the box and find new ways to view the world. Retribution causes the loss of imagination and innovation. Dad believed imagination is a gift from God. He thought momentum shifted with gratitude, wisdom, hope, and imagination.

“Do nothing out of selfish ambition or vain conceit. Rather, in humility value others above yourselves,” – Philippians 2:3