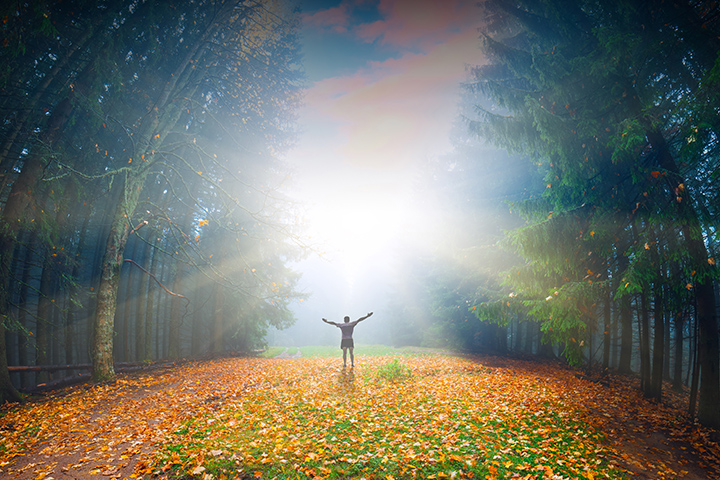 Words of Hope: Light in the darkness

We watched an evocative movie the other day. It was a modern parallel of the road to Calvary. One of the characters is an atheist doctor convinced that human suffering is the decisive reason why there is no God. I have little grace toward an atheistic belief system because it is so absolute, egoistic, and didactic. I can understand agnosticism. In his struggle with human suffering and the incomprehensible silence as his Mom died of cancer, my Dad chose agnosticism in his bitterness toward God. But I cannot understand the certainty of atheists in their pronouncement that there is no God.

Over 80 percent of the universe is dark matter, 19 percent is dark gravity, and 1 percent is matter such as the planets and the stars, or the physicality we experience, see, feel touch, or encounter. We do not understand 99 percent of the universe. We have vastly limited knowledge about it. Therefore, absolute certainty in atheism is repugnant to me. In the movie, the atheist attempts to torment a good priest wrestling with life’s difficulties by sharing a story of suffering. He tells of a child harmed by a simple surgery, awaking from the mistakes of the anesthesiologist, blind, deaf, and paralyzed. Suffering is indeed overwhelming, shocking, and horrifying. However, I believe grace is overwhelming, love is transcendent, and hope eternal. It could be the young boy who woke to a light we cannot see, a hope he had never encountered. Maybe grace met him in this dark moment. Considering the properties of light and life-giving force in the universe, it is more probable that God met this boy in his suffering than that he was abandoned.

Our beliefs determine our thoughts, our ideas influence our emotions and words, and our feelings and words influence our actions. Dad changed from agnosticism to a belief in Christ because, after heartfelt consideration, Dad sincerely believed love was the ultimate purpose in life. Love is the centerpiece. He ordered his entire life around this belief system. He created a home that gave me courage that if I woke in total darkness, God would be there, holding me, anchoring me, singing love to me. What a glorious way to view the world.

“Be strong and courageous. Do not be afraid or terrified because of them, for the Lord your God goes with you; he will never leave you nor forsake you.” – Deuteronomy 31:6