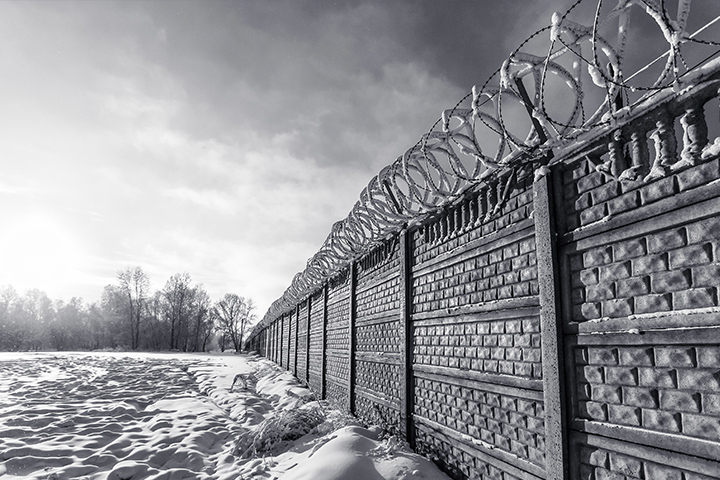 Dad and I loved to read stories of inspiring people. One day, I felt sorry for myself and justified my frustration and irritation with life. That evening, after everyone was tucked in bed, I pulled out a book. I came across the story of Father Maximilian Kolbe, a Polish priest imprisoned in Auschwitz by the Nazis for his outspoken criticism of their policies. Soon after Father Kolbe arrived in Auschwitz, he became beloved at the camp. He often sang, willingly gave away his food to others, and maintained genuine love and cheerfulness even during tremendous cruelty and suffering.

In Auschwitz, if a prisoner attempted to escape, the guards would randomly select ten prisoners to die. These ten men would enter a concrete barracks, where they would be starved to death.

One day after an escape, the SS guards called out the prison numbers of the men selected to die. Franciszek Gajowniczek, one of the ten selected, began to sob. He begged to be spared, pleading that he had a wife and children. He promised his family he would return to them. Father Kolbe immediately requested the SS make an exchange; he would go in Gajowniczek’s stead. Kolbe persuaded the SS that this man, being younger and stronger than himself, could work harder and would probably live longer. The SS agreed and made the trade. Father Kolbe had been such a kind presence in the camp; the other prisoners were horrified to see their friend and mentor walking toward death, especially death in the starvation chamber.

Father Kolbe and the other men were marched down into the lower room of building 13. Usually, after several days without food and water, the prisoners’ plaintive wailing and cries would terrorize the camp. When Father Kolbe and the other condemned men entered the prison, the rest of the camp lay awake listening in dread for those bone-chilling sounds. Instead of screams, however, each night, they heard the voices of men in song; they could hear Father Kolbe’s voice leading them. Ten days passed, and four men, including Father Kolbe, still lived. The SS guards were irritated. Kolbe and the others were far more resilient than the SS wanted them to be. Finally, only Father Kolbe was still alive. When the officers entered the cell, Father Kolbe gazed heavenward, holding two men in his arms. He died by lethal injection. One of the SS guards remarked: “This priest is really a great man. We have never seen anyone like him.” *Pettinger, Tejvan. Biography of Maximillian Kolbe, Oxford, UK

Father Kolbe’s story significantly influenced Dad and me. We started talking more about being a person who navigates suffering with joy and hope. Together, it became our goal to learn to become someone who can live like Father Kolbe. I still have a long way to go, but I know my Dad is with Father Kolbe cheering me on and reminding me that the small decision of choosing joy instead of complaint paves the way for handling difficulty with the joy of the Holy Spirit.

Rejoice in the Lord always. I will say it again: Rejoice! Let your gentleness be evident to all. The Lord is near. Do not be anxious about anything, but in every situation, by prayer and petition, with thanksgiving, present your requests to God. And the peace of God, which transcends all understanding, will guard your hearts and your minds in Christ Jesus.” – Philippians 4:4-8