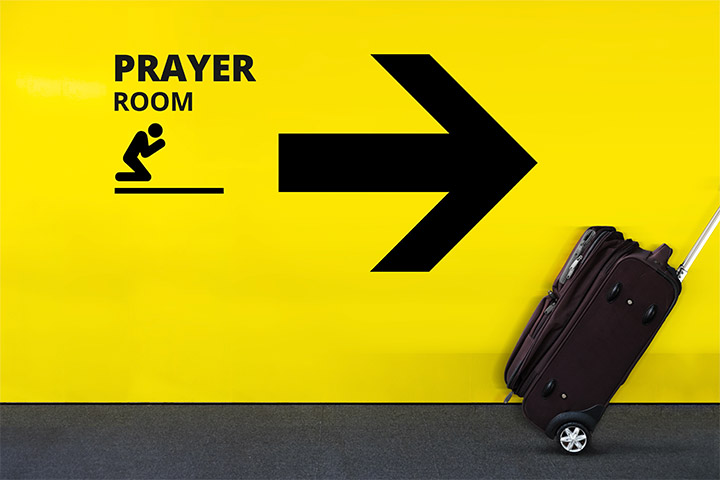 Yesterday, I wrote about my Dad’s response to people aggressively purporting their beliefs. Dad’s navigation of dogmatism greatly influenced me. A few years ago, a man in the Portland airport entered our gate and began waving his arms and yelling, “Scripture says you will burn in hell, take warning, you sinners! You who are hated by God.” He went on and on. I was curious at first. Many people turned away or glared at him angrily. Their anger fed his enthusiasm.

My girls were with me. “Mom,” said Bella, greatly distressed, “Do something.” Enough of this, I thought. I walked up to him with a firm but loving smile as I could muster and said, “May I speak to you, please?” The man seemed surprised. He glared at me and yelled, “Repent.” I replied that I also believed in repentance and would like to have a word with him as a fellow believer. We sat down, and I asked him, “What is motivating you to yell at these people this way? Why are you yelling at me?” He was belligerent and demeaning until I asked him to pray. As I prayed, he softened. I could feel my heart softening for him. Through the course of our 20-minute conversation, he went from angry and blaming to remorseful and reflective. I asked him who in his accountability sphere was encouraging this action. He told me he had not been part of a church. I encouraged him to get into real mentoring, to be part of a community of love, listening, self-responsibility and accountability. He realized yelling at people to believe was more a result of his frustration over his moral failures than a sincere desire to share the gospel of Jesus. He thanked me and went quietly away. My girls hugged me. I honor God for this outcome. Through my Dad’s example, I witnessed that love is the greatest strategy and persuasion through compassion triumphs.

“If I speak in the tongues of men or of angels but do not have love, I am only a resounding gong or a clanging cymbal.” – I Corinthians 13:1