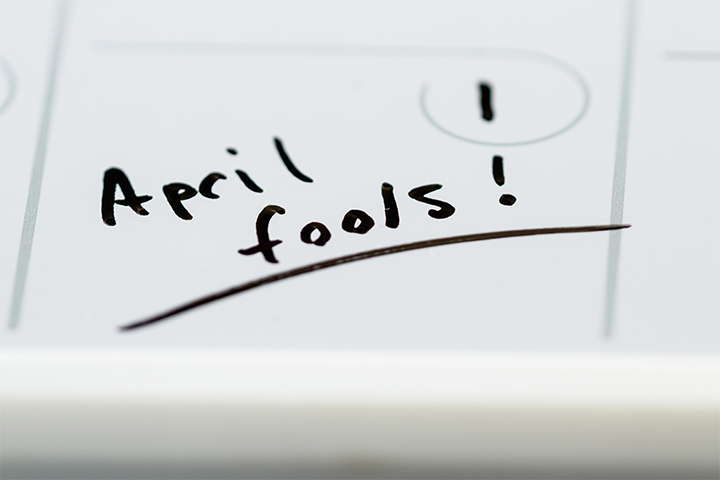 When I was in high school, my Dad began to play April Fool’s jokes which were never quite funny to anyone but him. We tried to say that hiding someone’s wallet or pouring cold water on them didn’t count as an April Fool’s joke. Nevertheless, Dad persisted in his ridiculous April Fool’s jokes until I got revenge my senior year. Dad was a prolific speaker and spoke at many functions throughout the Northwest. Still, he didn’t have the best memory and relied heavily on his daytime planner to remember weekly events. The day before April Fools, I called my best friend’s mom, whose voice wasn’t very familiar to my Dad. She left a voice message saying, “Hi Fred, everyone is so excited to hear you speak tomorrow. The event is sold out. I wanted to remind you it starts at 7:45 tomorrow morning—see you there!” She didn’t leave a number, a venue, or a name, and she left the message at 8 pm. This was back in the dark ages before we had caller ID.

Dad was in a pickle. It was too late to call any area businesses or ministries where he spoke. He called Bonnie, the NBC office manager who knew nothing about this “event.” He stewed and stewed until the following morning; I told him it was an April Fool’s joke. We laughed long and hard. We often talked about this supreme April Fool’s burn. Thankfully, after that, Dad stopped all his April Fools shenanigans. Instead, April Fools became an enjoyable day to tell funny stories together. I love that Dad could laugh and that he could be adjusted. We made an earnest effort as a family not to participate in pranks or roasts, and I believe it made us closer and more united. I know Dad would love that I shared this story on Words of Hope, and if he were here, he probably would have called a few of you to talk about a funny story or two. I am thankful for all the memories of laughing with Dad and delighting in life together.

“For the despondent, every day brings trouble; for the happy heart, life is a continual feast.” – Provers 15:15