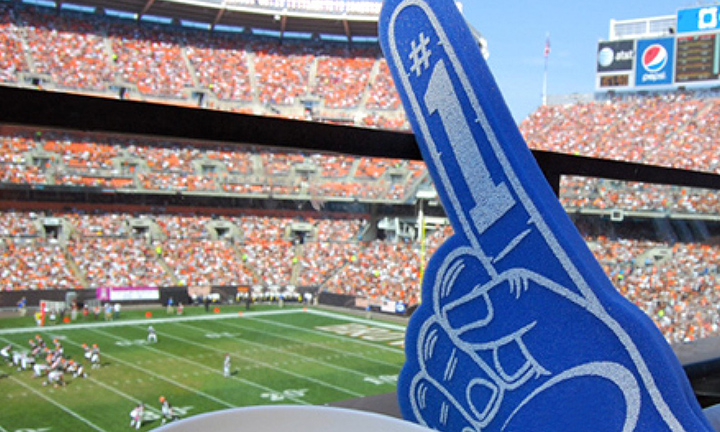 WHO ARE YOUR FANS?

“Without people to cheer there is no such thing as a ‘Star’.” – Arnold Palmer

Arnold Palmer was one of golf’s greatest players but more clearly Arnold’s greatest award is the “one who valued the fans.” Palmer is an icon because he was the best of the best in every way.

Make no mistake about it the biggest fans at the Crowell’s home are two miniature Poms; Mighty Might and Keiki.
They love us. They long to be with us.
They actually get depressed when we go on vacation.
They are true fans; not fickle, like those who fly with the winning teams and depart from the losing one’s.

I want to be your best fan are words every child delights in hearing from their Father. Fathers give boys their identity. Sons imitate fathers. Dads give daughters a sense of safety and security. Every daughter loves a father who treats her like a princess, yet expects her to be a lady.

The day a baby girl comes into the world, life changes for the family.  Something about a girl. The old saying, “A son is  son until he takes a wife but a daughter is a daughter all of her life.”

When parents are the children’s best fans and children are the parents best fans look out!  It doesn’t get any better until the grandparents who long to be the worlds greatest fans!  Bam!  I love being my kids and their kids greatest fans.

Great question. Who are you fans? Better question who calls you their fan.

To have fans the best way is to be a fan. No question, do doubt, absolutely a fact, Jesus lived in such a way His followers knew He was their greatest fan.

I dare say there is not a human on the planet who could convince me that Susie, Jennifer and Jay are not my greatest fans. Fred C is a star in their lives; not because I deserve it; it is their gift to me. That said, not hard for me to believe knowing what I cannot see as fact; Jesus Christ is your fan and also my fan.

Jesus Christ is my star; I am His fan! I delight in being All His. He is worthy.