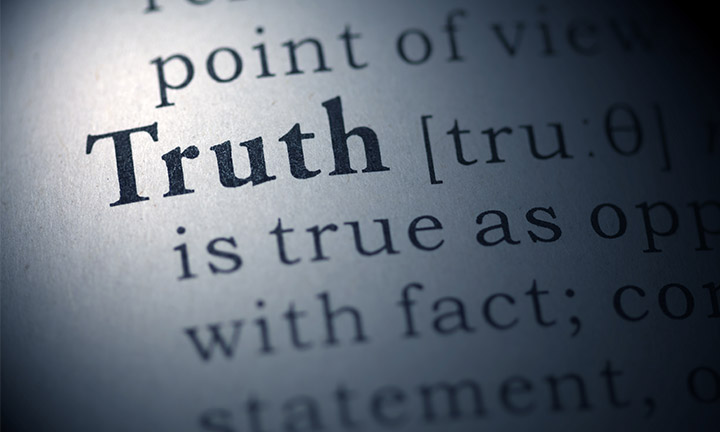 TRUTH IS DEAD, NOT GOD

There was a time in my life when transcendent truth, or absolutes, was accepted as reality. Not today. Such acceptance is dead and gone. Today what matters is one’s personal opinion, not another’s opinion. Frankly, I am in shock at the dramatic change in my lifetime, even in the past 10 years. Heck, even the last 6 months. Incredibly sad!

Ironically, today absolutes are used only when needed to support a personal ideology and character assassination. Today, no absolutes support behavior being the cutting edge, not a belief. Today, subjective truth can show the way, making opinions more important than facts. Personal happiness and comfortability become most important.

As a basketball coach, I was forced to accept absolutes. In a basketball game, rules were truth and were not subjective. Briefly, let’s examine a free-point scenario. Imagine in the final seconds of a game, our team is 4 points behind but has one free-throw shot. However, because this is our home team, we are allowed to declare the shot will be worth 5 points. Shot made. We win. How ridiculous! Why play basketball? When such absolutes are removed from sports, there is no longer a competitive game. I must tell you my basketball team and I experienced this while competing in Chile; the rules changed to help the home team win.

Now let’s examine our federal constitution. If some of our great historical leaders came back today (such as Washington, Lincoln, Douglass) and saw how our government representatives are tampering with our constitution for their purposes, what would they say?

Even Immanuel Kant, the famous German philosopher, wrote in Critique of Practical Reason that two things fill the mind with ever-increasing wonder and awe…the starry heavens above and the moral law within. These are the plumb lines we seem to all have.

On the opposite side, Ravi Zacharias (the recently deceased Canadian-Amerian apologist) emphasized our human disagreement on moral right and wrong has led to wars and millions of deaths. Since humanity does war, he says we do see objective moral values do exist, and therefore, God exists.

Please allow me to close with these “if-then” thoughts:

Personally, I adhere to this truth: There is truth and it is my guide, my compass, my purpose, and my hope. God is not dead. He is alive and well. He also is the Alpha and the Omega; He has the first and last word.

I believe Jesus’ absolute statement that He is the way, the truth, and the life. He has come that we might have life and have it more abundantly, whereas the thief comes to rob, steal, and kill. Today it appears the thief is winning. Don’t believe it. The Lord God of the universe is in control.