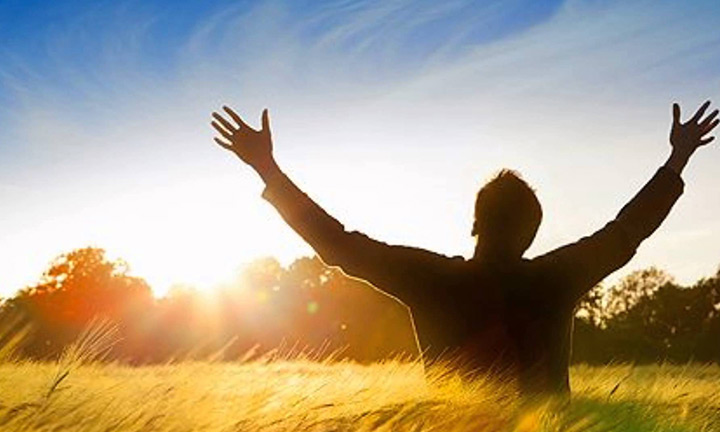 TIME TO GIVE UP

Faith Hill joins Oprah in singing, I SURRENDER ALL. Faith can flat out sing!

Oprah not so good.

With tears of joy, Oprah tells her story of auditioning for the movie, The Color Purple.

Oprah desperately wanted a role in this movie directed by Stephen Spielberg.

Oprah became convinced she was not going to get the role. She had done all she could do. Prayer seemed to be her last hope. It was at this point Oprah began to sing her go to song, “I Surrender All.”

Soon after Oprah’s song, she received a call from Spielberg. The Lord had done for her what she was not able to do for herself. The Lord gave her peace. The obsession with The Color of Purple ceased.

Getting the key role was a result of surrender. First comes the peace, then the desired object or a new desire replaces the former. God is mysterious.

To surrender has the same meaning as “time to give up.” This is not the same as the idea of never, never, never quit.

In a battle like war, an athletic contest, fight with cancer, struggle to save a marriage, training children, or living holy lives, it is never time to quit. Never.

It is never too soon to surrender all or take time to give up, to turn everything over to the control center of ABBA Father, His Son the Lord Jesus Christ, and the Holy Spirit.

As a teen, I longed for the day when I could be my own boss under the authority of no one; especially my father.

Becoming a head coach, not an assistant coach, was a dream come true when I took the head basketball coaching job at the University of Alaska.

The notion of becoming totally obedient, to surrender all, to give up to a person or entity was beyond logic to me. It was stupidity.

Not until I experienced the majesty and the grace and the love of Jesus, did I willingly surrender all and become willing to give up.

It makes perfect sense, choose to make Jesus the captain, the head coach and the absolute leader of my life.

He and He alone is worthy to be followed to the end of years.

For me, each new day is time to give up, surrender all to Jesus. This is the only place on earth I find true freedom.