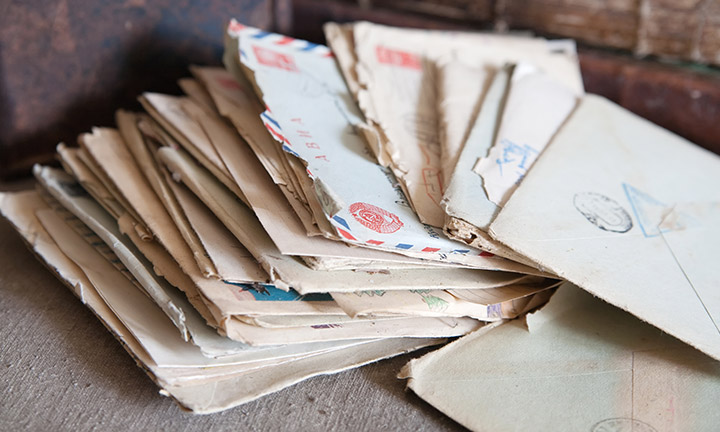 THE ONE AMAZING ENCOURAGE TOOL: THE PERSONAL LETTER

In life experience laboratories, human condition scientists search to find new methods to educate people to live at maximum potential. Their one mystery question is: HOW DO WE BEST MOTIVATE HUMANITY? To relate to the past and present, questions surface such as:

I know of no better motivational tool than a personal letter delivered through the mail. A handwritten stamped envelope is so rare it creates excitement as the intended eager reader holds it in his hands. Realizing thinking big, yet starting small, is a great way to execute, letter writing is one such small start that may pay big results. It can surpass other encouragement tools because it affects one person at a time, is personal and can be reread.

For these reasons, a traditional cornerstone at all NBC camps is letter-writing night. Over 300,000 letters have been sent from campers to their parents these past 49 years, hopefully also as tools to heal families.

Please allow me to share my very personal camp letter-writing experience. This was years ago at the second of two NBC Alaska basketball camps. (During the first NBC Alaska camp, my personal letter was mailed to my wife and children.) Sitting on a cot at the armory in Wasilla, Alaska, I was inspired to write my first and last letter to my father-in-law, Walt King. He was a tough man, having survived riding trains during the Great Depression, four horrendous years in the South Pacific where his ship was sunk, living in fox holes for 76 days with his artillery unit. Two months after that second Alaska basketball camp, Walt died of a heart attack while cutting grass in August. Much to my surprise, when I arrived at the King home later, the long letter I had mailed to Idaho from Alaska was tacked to the kitchen wall. It was directly at eye level where Walt ate his meals. In fact, every member of the family read this letter. (This helped assuage the guilt I carried since I had not emotionally told my mother how much I loved her when she was dying.)

What stirred me to emphasize letter writing at camp? I’ll tell you when and where. As a boy, letters were foreign to me. During my college days, I recall receiving two letters in three years. Both were not good news letters. One semester my roommate received weekly care packages, often with goodies (unshared!). These daily disappointments at my empty mailbox compound my appreciation of letters and my emphasizing NBC Camps’ letter-writing night.

If you have not used the personal letter as an inspiring motivational tool, I hope for your sake you will start small by buying some stamps and cards. Start with one letter to one person. It is magic. Written words really matter. They can trump verbal words. I promise you will be blessed more than the one you hope to bring oxy-courage, and it will be a permanent blessing.