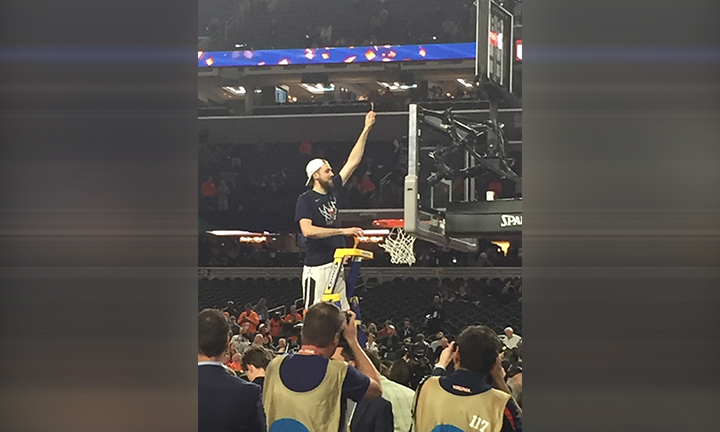 THE DEFEAT TO VICTORY FACTOR﻿

Former NBC Camps student-athlete Jay Huff on April 8th helped the Virginia Cavaliers win the collegiate men’s basketball national championships in Minneapolis. This past season he was ranked as the #15 power forward in the nation. One year earlier, the Cavaliers were the first #1 seed to lose to a #16 seed in history. Painful defeat to ecstatic victory in one year!

Indeed, a defeat can be a stepping stone to the future win. Robert Green Ingersoll has rightfully said: “The greatest test of courage on earth is to bear defeat without losing heart.“

Exploring all sports, there is not a single sport immune from the defeat to victory factor. Lou Gehrig, ironically, felt he loved to lose almost as much as he loved to win; the challenge of defeat motivated him as much as the thrill of victory.

The victory factor is enhanced by:

Most exceptionally, the Gospels show us that the cross was not a defeat but became the greatest victory of our Savior, Jesus Christ.  How amazing that we as Christians can then be called “more than conquerors” through Him who loved us (Romans 8:37)!