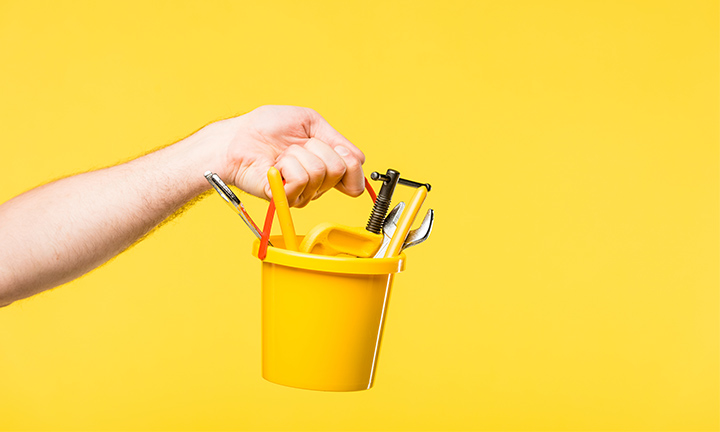 As a boy, Eric Hixson loved the scouts. To pay for his scouts’ summer camps, he sold lots of candy, more than all the other scouts. One year he wanted to go to the USA three-week national scouts event, costing over $2,000. That was a huge sum in those days.

Selling his candy bars, one day Eric walked into an old hardware store owned by two elderly men in bib overalls. However, at the counter Eric spotted 48 mini tool kits with the price of $.50 each. This challenged his fundraising strategy. He had enough money in his pocket to buy all of them for $24. Then he told one of the owners he would be back to buy every tool kit in the store.

The kind elderly owner laughed with a response of: “Come with me, son.” To the back of the hardware store and down in the basement they went. Places to go and things to see! What Eric saw was hundreds upon hundreds of mini tool kits against the wall. Undaunted, the young boy said, “I’ll take all of them.”

Eric left the store with 48 mini tool kits, paying $.50 each. He then boarded a public bus for downtown Spokane, exited for Spokane’s highest building. In just three of the floors, he sold all 48 kits for twice his cost. The next day the young salesman went back to the hardware store for more mini tool kits. Within a few months, over $2,200 was earned selling many tool kits.

A few years later Eric started dating his future wife. One day he was helping her repair a fixture at her house. It needed a Tony tool. She then brought out a mini tool kit from another room. Eric asked her, “Where did you get this tool kit?”  The reply: “My dad bought it several years ago from a kid going office to office selling them.”  Tools brought the two together!  Places to go and people to see!

The day I met Eric Hixson was a great day for NBC Basketball Camps and Fred Crowell. He is one of the most amazing, successful men I know. NBC Camps employees love to purchase a Toyota product.

If a boy can sell over 2,000 tool kits, it seems you and I can win whatever challenge we face. LET’S GO PLACES!