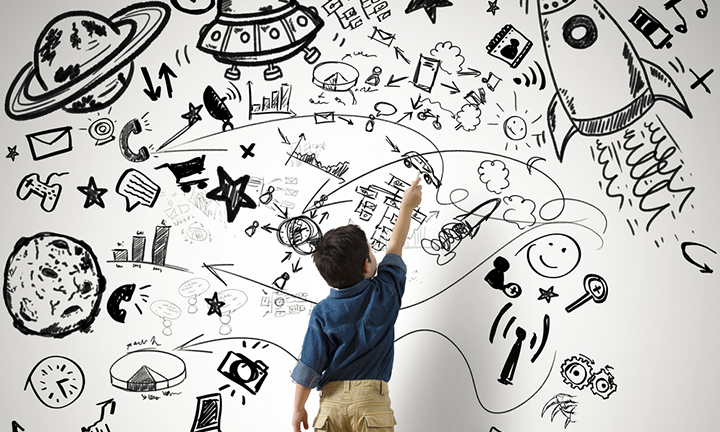 Inventions are the results of women and men with exceptional imaginations.

In the animal kingdom, no creature has the gift of imagination. Imagination is a gift that separates humans from every living thing on the planet.

Air travel began with imagination.  Neil Armstrong walking on the moon was the imagination of President John F Kennedy proclaiming we would walk on the moon in 10 years.

One of my favorite songs is “I Can Only Imagine.”

Group A practiced shooting free throws in the gymnasium.

Group B had better success!

Like any gift, imagination can be used effectively or it can be used destructively.  People close to me say I have a vivid imagination. I cultivated this early in my life to escape a negative environment.

My imaginary world was safe and successful.  However, it was a way to escape reality, not face and live life fully.

When St. Paul wrote, “If any man be in Christ he is a new creature, old things pass away, all things become new.”

I believed he was talking about me. I prayed for courage to live in reality and to use His gift of imagination in positive ways.

Over the past 17 years I have endeavored to become an amateur Ignatius scholar. I am attracted to Ignatius because he was a soldier, who on his death bed, turned to God to find meaning and purpose in his life.

During studies of Ignatius with guidance from my spiritual mentor, Father Bernard Tyrrell, the most kind man I have ever known, I have learned to use the gift of imagination in a healthy way.

Imagination is truly a gift from our Heavenly Father. Thank you for this gift. I ask you to help me use it, to know you more fully and enjoy you more completely.