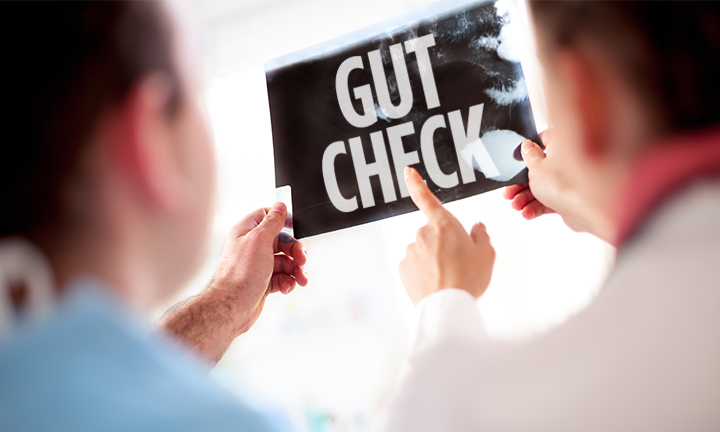 Between 1971 and 1975 hundreds of people came to NW Counseling Services for family and personal counsel. The following test was an instrument I designed to help with making an accurate diagnosis so that a correct prognosis could be given for successful recovery.

Introduction: an ESD Gut Check is likened to taking your eyeballs out of your head and turning them back on yourself to take a 20/20 examination of both your exterior and interior life.

The reality is the exam may reveal the accuracy of the quote, “I found the enemy and it is me.”

Even as poignantly, Dr. Maxwell Maltz wrote, “Of all the pitfalls in life a negative self-image is the most destructive.”

The root of one’s problems often begins within oneself, making an ESD Gut Check a necessity though possibly a rarity; even in the lives healthy people. It takes “guts.” It takes, even more, guts to seek a crucial other to validate or negate our test scores.

The exam is a subjective test making verification by a crucial other important. The objective is to determine your boredom factor.

Boredom is the result of being displeased with oneself to the point it is uncomfortable being with oneself.

Being alone in a place of still water doing absolutely nothing is a skill too few of us master. Just being, doing nothing, is nearly impossible for one bored with oneself. Too often, people enjoy being with others but not with themselves.

My research of several prominent therapists in my counseling days in the 1970’s led me to believe the four major emotional issues causing personal and interpersonal problems were and still are to this day:

It is my opinion, that every human is impacted to one degree or another in a negative way by each of these. For one individual the dominate emotion may be fear for another it may be inferiority. Guilt and loneliness are common emotional deficits. Anger is a secondary emotion; a mask for fear, inferiority or guilt.

It was a big surprise to me to realize that this diagnosis of the human spirit did not originate from experts in the fields of psychology or psychiatry.

Surprise, the origin is found in Genesis. Fear came upon humans when they disobeyed God in the garden. They heard God’s voice and they were afraid.

For this first-time humans experienced inferiority; we have been trying to cover our emotional nakedness ever since.

The third emotion recorded was guilt. Have you ever noticed when guilt comes upon us the natural inclination is to disappear and hide from the issue and the people involved? Guilt drives people to isolation and loneliness.

And the fourth emotion is anger. Genesis tells us that Adam blamed Eve, Eve blamed the snake. Blame and shame are bed cousins of destructive behavior. We marry opposites so others blamers marry self-blamers.

The wise person is willing to take a deep dive into existential self-diagnosis. It takes a high degree of emotional intelligence to take a serious “Gut Check”.

The test begins with the BIG Four!

I find it helpful to examine them closely. Rank these four in order of negative impact upon your life. Write a brief sentence how each of these four affect your life.

Name it and claim is important. Name one way each of the four hurt you and others:

Name one way you can correct this destructive hurt.

Finding your Boredom Factor: The second phase of the test.

Boredom is the difference between your maximum potential and your actual performance.

The reality is congruency between your score and others who know you well. Willing to be brutally honest is vital!  You are responsible for encouraging this honesty.

Total five scores; then take the average of the five scores. Subtract average score from 100 to get your BOREDOM FACTOR.

Prognosis is developing a game plan to decrease the BF factor. Think big but start small.  As an example, choose one small step in each of the five categories  to “get better.”  Physical: 10-minute walk daily; spiritual; five minutes of silence each day etc.

If you fail to plan you plan to fail. Now you have the test in your hands. Are you willing to take the test? The most difficult test is asking a trusted other you are totally sure they have your very best interests at heart to grade you.?

Try it, you may find it of immense value.