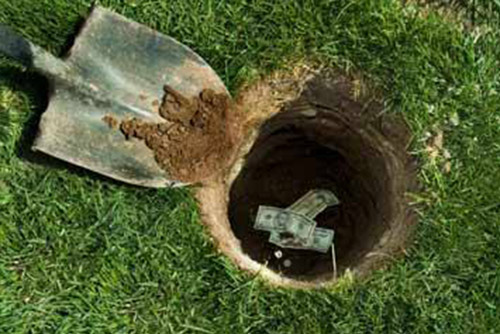 The final week in September must be wedding weekend. The Crowell’s had three invitations.

In reading the Gospels Jesus clearly spoke highly of weddings.

Yesterday my former personal assistant married. All weddings are not equal. Some even create a sense of doubt! Will this one last?

On the contrary this wedding exuded long term success. The father of the bride beamed joy as he delivered a toast honoring his new son and his precious daughter he will always call, “HIS LITTLE GIRL.”

The father of the bride; in this wedding the master of the purse gave his beloved little girl a fairy tale wedding.

Why? In my opinion, because she was a five talent daughter.

Jesus told the parable of the TALENTS.
Based on ability the master gave three servants talents. To one he gave five who returned 10. To a second he gave two and received four in return. Both brought happiness to the master ‘s heart

The third servant buried his one talent for safe keeping. The master was furious.

What am I going to do with my life? Do I coast or climb? Do I retire or press on?

The picture I have for my life is a grateful father giving his FIVE TALENT daughter to a FIVE TALENT son-in-law whose marriage will yield FIVE TALENT CHILDREN.

My dream is to be a five talent son of the Most High Master.