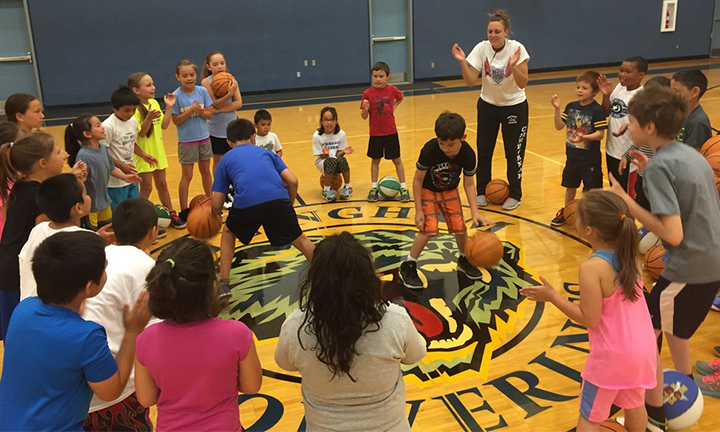 How one woman changes lives through hard work and loving people!

Char is a legend in Dillingham, a beautiful, one hour Alaska Airlines flight from Anchorage. The 2,500 population swells to 10,000 during the summer fishing season. Basketball is king in D’ham; home of the Wolverines.

Char is the boys’ teams’ best fan. Husband Deon, second generation Pilipino resident, is the head coach. Seeing his teams play at the state tournament, I can say Coach D has mastered the art of coaching. One of the kindest, serving others, men I have ever met.

Char holds down four important jobs. She is a workhorse leader. She is loved and valued.

Char is NBC Dillingham’s leader. She raised over 20,000 dollars to bring NBC to Dillingham and recruited about 100 students to the 5 day camp. Best organized camp on earth.

Char is fighting “dirty c”. (I have many more adjectives for this evil tool of Satan). We are kindred spirits.

The Lopez family returns to Seattle soon. Char faces 14 days of treatment. Like my beloved late mother, Virginia Mason is her medical home. The five miracle Lopez’s will be together; a marvelous picture of the family fighting the C war together.

What are your take always from this story? Is it just another story or does it call you to action?

Knowledge (doctrine) is dynamic; it is alive like electricity. News (revelation) demands a response.

Make it a great day! This is the day the Lord has made.