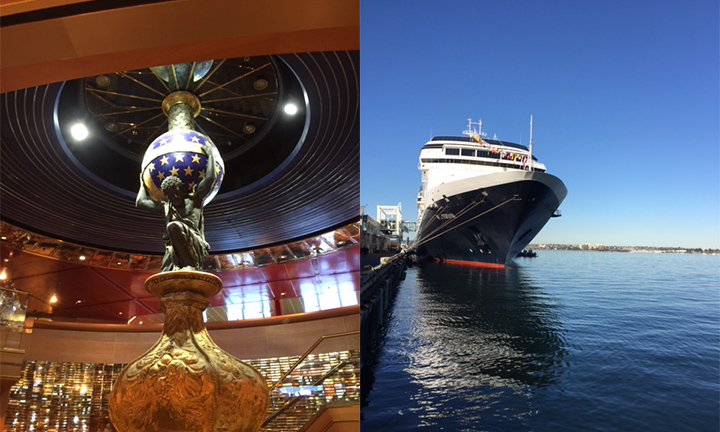 Birthday presents to each other and writing off one more goal on our bucket list.

So clearly, Susie King, the 19-year-old sophomore, at the University of Idaho stands out in my mind’s eye.

She wore a red and white checkered coat. She was a fashionista back then. Susie was in Bill Hart’s vintage Ford coup.

I looked her over. She never gave her eyes to me. I was nonexistent at this first meeting.

Never Quit Crowell had a new goal. It was not easy; one being I was a mere freshman. Mrs. Crowell didn’t make it easy to win her heart but who cares if it’s hard to win the prize is worth it.

56 years later the Sooze is sitting next to me on an Alaska Airlines jet headed to San Diego. Tomorrow we board a Holland American Cruise Ship and are so thankful.

We will go through Theodore Roosevelt’s Panama Canal. Ever since I read about President Teddy and the Happy Warrior’s relentless and ambitious pursuit to connect the Atlantic and Pacific Oceans with a canal, it has been on my bucket list to travel it.

Roosevelt was one of our greatest presidents. He was a man among men! He took on the financial monopolies and leveled the playing fields for working class America at a great price to himself. My kind of guy.

Some of Teddy Roosevelt’s quotes are:

“Do what you can, with what you have, where you are.”

“Speak softly and carry a big stick; you will go far.”

Bucket lists are important. Susie and I have many more items to check before we go to our eternal home.

Daily Quotes
“Knowledge is being aware of what you can do. Wisdom is knowing when not to do it.” — Anonymous