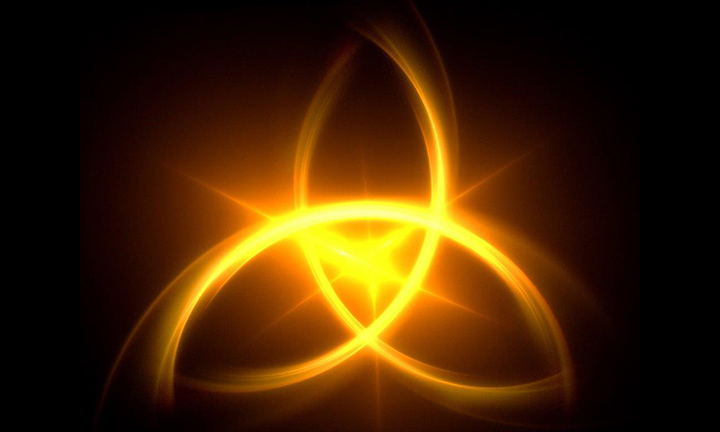 A well-dressed, married couple knocked at my daughter’s front door.  “Hello, we want to invite you to an exciting, life-changing event.”  This invitation led to a 45-minute conversation.  It was friendly and engaging to our firstborn who has always been challenged by intellectual pursuits.  Our daughter, Jennifer, asked the visitors two profound questions.

First question:  “Do you see your faith system in the mainstream of Christianity, or is it outside the boundaries?”

Answer:  “Oh, for sure, outside the boundaries of Christianity.”

Second question:  “What is THE SEPARATOR?”

A half-century ago, the idea of the Blessed Holy Trinity baffled me because I had not experienced the life-changing exhilaration of knowing Jesus Christ in a personal way.  He was unknown to me.  All I knew was the word “God.”

Over lunches, I listened as two men debated with vigor and purpose the myth or truth of the Trinity.  One contended there was ONE God whose name was Jehovah.  The other contended there was a THREE-IN-ONE God, namely the Father, Son and Holy Spirit.  As time went on, I realized both of these men were fighting for my spiritual life; each was intent upon winning me to his personal belief system.  Evidence accumulated on both sides.  However, the Biblical evidence was overwhelming that God was Three-in-One.  I became convinced intellectually and emotionally the Trinity was the single greatest miracle possible.  In my mind, only a great God, beyond any human genius mind, could have revealed Himself as Three-in-One: Father, Son, and Holy Spirit.  A Master Mind!

I am so pleased to have discovered this three-fold relationship also on a close, intimate basis:

These are living truths that have made me entirely a new creation.  I have not just accepted a new set of intellectual thoughts or chosen a new set of psychological behaviors.  The TRINITY is true Christianity (Christ in one).  It has made me a new creation with a new way of living in a very difficult world system.  Ephesians 1 and Colossians 1 give more insight.