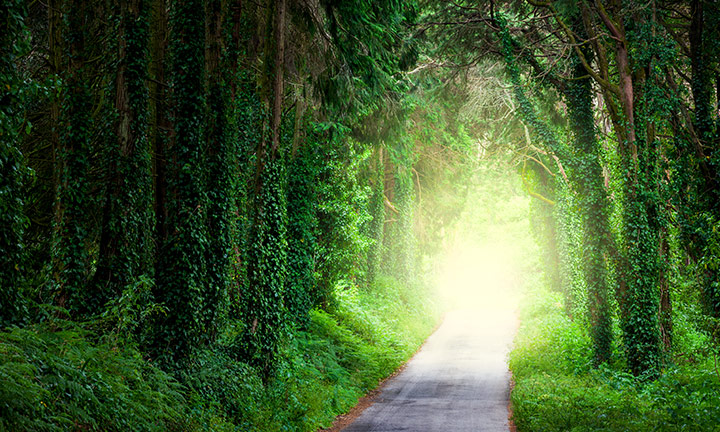 In Psalm 8, David wonders about his micro-self and says, “What is humankind that God is mindful of him? He has created us a little lower than the angels… He has put us in charge of His handcrafted world, the sheep, cattle, birds, fish, all animals.”

With this power, humankind can destroy planet earth manifested by its fires, bombs, rockets. Thankfully, humanity also can bring health and healing to the planet.

St. Ignatius of Loyola, a 15th-century spiritual giant, opened my eyes to the deep meaning of David’s declaration. The Creator has uniquely gifted humankind. This fantastic gift is called Imagination. The mind can be creative, using faculty to form new concepts or images not present to the senses. No other creation has been so gifted. How has humankind displayed it in history?

During designated times of sacred silence, your fantastic gift of Imagination will blossom in your secret place, your secret garden. In this silence, you will find the faith, hope, and love of Abba Father, Jesus Lord of lords, and the Holy Spirit.

Soren Kierkegaard seemed to foresee the “noise” of our present age. In the 1800’s he said God was found in silence; therefore, it was necessary to create our self-silence.

Then joy can be encountered when life tests and challenges come. And they will come! Under such pressure, faith and Imagination will grow and become well-developed in God’s dear presence. It is like our life is “chiseled,” chip by chip over a long period by its loving Creator. Who else could explain this better than the brother of Jesus in James 1:2-4? God is our ultimate Artist who chooses to meet us in our Secret Place, the Secret Garden!