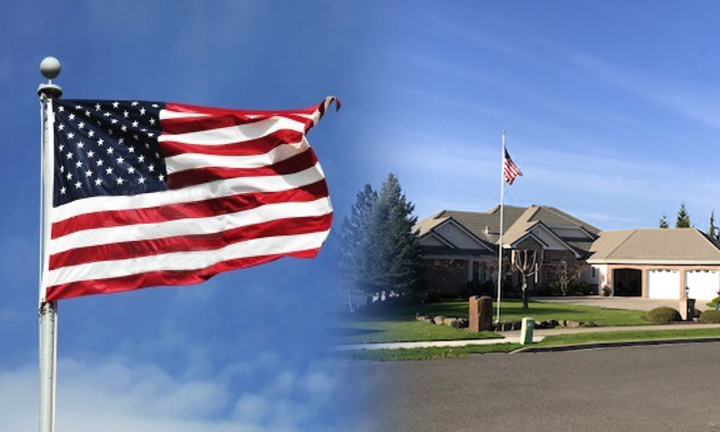 Twenty-five feet above a huge carved rock in the Crowell front yard waves the U.S. flag. This flag is a tribute to:

These are the men I see with my eyes and feel with my heart every time I sing the USA’s patriotic songs.

However, moments in time I wish to forget are the late 1960’s, the years of “Burn, Baby Burn.”  Those were the years of national anger and strife with threats of shutting down 240 U.S. universities.

Yet, a memorable moment in the late 1960’s was in Valdivia, Chile. The event was a basketball game. Every seat in the arena was filled. The environment was on fire with emotion. Before the game, the USA’s national anthem was played. All of my players stood at attention, eyes on the flag, lips reciting the national anthem, right hands on their hearts. Every Chilean eye was on my team members, not the flag. They were more interested in our attitude toward our flag than the flag itself. We did not disappoint. We displayed a fervent love of the USA; our basketball play also backed it up that night.

Yesterday, today and until my last breath, I declare: “As for me and my house, we love God and the USA with abundance and overflowing thankfulness.”