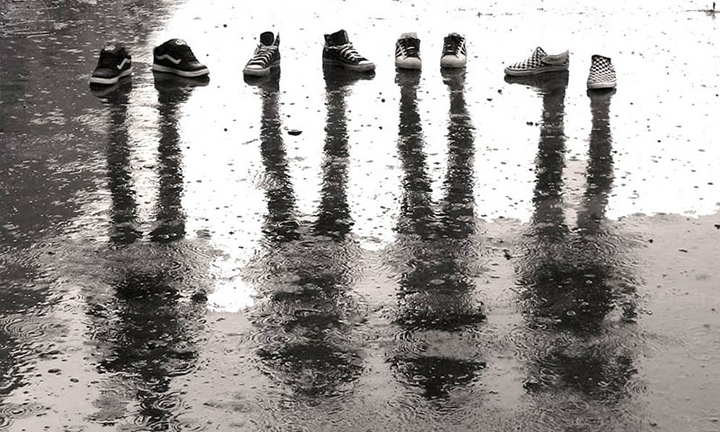 SHADOWS IN THIS LIFE

“Mr. E, something evil walks our streets. It is a shadow.” – Lydia, elderly Yupik Woman

The Words of Hope, “Suicide Is like a Ghost Killer” brought me as much attention from my readers as any HOPES I have written in the past 18 months!

One caller said, “Your words on suicide were very hard to read; nobody likes to talk about suicide. Yet it is really important to bring it out in the open. I didn’t realize you had that many experiences with suicide.”

An emailer wrote, “The problem with suicide is people do not want to admit they are in emotional trouble. Telling another they are depressed is an admission of weakness. To confess being suicidal runs the danger of being called ‘emotionally unstable’. Living a lie is the only option.”

One person told me, “My child told me 4-5 times in a year life sucked and said these words, ‘I want to die; I want to kill myself.’ I did not take these words seriously. I thought this was an attempt to get attention.” This child killed himself!

The following email is from one of my truly amazing heroes. Jeff Erickson, he is the best of the best; a former NBC Camper over 35 years ago; a devoted husband and father. Jeff is a school administrator in village Alaska. I asked Jeff permission to print his letter to me.

I share Jeff’s pain. I had a friend who ended his life. I did not see any of the signs. It happened during the summer months when I was away at NBC Camps. My friend was a master at hiding his pain, his depression, his despair. Maybe I would have seen it if I had been seeing him on a regular basis; maybe I wouldn’t have missed the signs. My friend’s emotions were tucked away in the SHADOWS covered by a huge smile, big voice, tons of hugs and funny stories.

Jeff’s email is going to be hard to read. I know. It brought tears to my eyes just like it has brought pain to Jeff for so many years. Just like it does when I think about my friend placing a rifle in his mouth for the last time. It hurts. It hurts forever.

So where does the hope come from? It comes from waking up and being vigilant. It comes from moving into the shadows where people really live. It means stop being obsessed with pro or college sports talk, or being a democrat or republican and live in the shadows were people really hang out. It means bringing the Light of the World, the light that cannot be overcome by the darkness. It means getting the guts to ask the hard questions when need be. It means waking up!

Jeff’s email to me:

“Six of the players on my last Savoonga high school teams committed suicide within the following 10 years….I get tears right now as I write that. I blamed (maybe still do) myself for leaving too early. We had such a good thing going but I was transferred to St. Michael after 2 years. If you had told me this would happen….and made me choose…they would have been the LAST six on the list. I struggled with this for many years…. How could good young men, with strong supportive families, with jobs, wives, kids…make this choice? (Almost all (maybe all) happened with alcohol/drugs in mix.)

Then I was in Savoonga for work one week about 15 years ago. I was laying down for the night on a foam mattress with a little desk light to read some. Something so strange but so real happened.

The light started to “darken”….not turn out, but it quit giving off light…I could see the bulb but it was dark. Then I felt like I was being pushed into the mattress…not like hands on my back, but my whole body. I could see my hands pressing into the foam. I was freaked out. I yelled something like “IN JESUS NAME GO AWAY!” — The weight went away and the light came back. I was shaking.

Now, I am a pretty stable, non-excitable guy and I had been fairly skeptical about “ghosts, demons, and Bigfoot.” I didn’t sleep much the rest of the night and woke up to the elderly cook, Lydia, arriving to make breakfast for the kids. I shared my experience with her. She was quiet for a bit then said, “Mr. E, something evil walks our streets. It is a shadow.”

It was an eye-opening experience. I thought — If I, a stable, non-substance using, person of Faith, could be so affected by something like this — what chance does a young person, who doesn’t have a relationship with God, who is under the influence of something, have? When that little “voice” pushes toward a gun, a rope…some pills.

The Devil is a great deceiver.”

“The thief comes only to steal and kill and destroy; I have come that they may have life, and have it to the full.” John 10:10