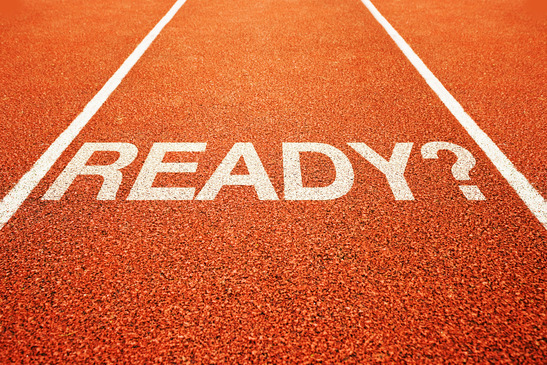 For years, NBC campers have been asked if they are ready. The expected response is a loud, “READY FREDDY!”

I have no idea who came up with this slogan but campers seem to love it.

Ready Freddy speaks to the idea that we must be ready to operate at full capacity regardless of the situation.

In Crowell basketball language it means, “Anytime, anywhere, under any circumstance, we are ready to play.”

Years ago I got a call from Juneau, Alaska. A friend, Coach Leslie Knight, needed a team to replace the California school that had canceled for their Christmas Classic. They were desperate for a 4th team.

Coach Leslie called NBC for help. The only team I could find was an eighth-grade girls’ team.

These young ladies were quite good but had never played before a large crowd. The Juneau gym was packed. My girls were in shock. It wasn’t a sure bet they would come out of the locker room.

After a short, ineffective pep talk all of us joined hands in the middle. The girls half shouted, “Let’s win!”

Face to face, with as much fierceness in my eyes and the sternest voice possible, I yelled, “At the end of this game it’s going to be blood on the floor and it’s not going to be ours. Now get out there and play!”

Remarkably and astonishingly, these eighth graders had the defending Alaska state champions on the ropes. With three minutes to play and in the lead.

There was no blood on the floor with these young ladies, but they left their hearts out there. Except for some missed free throws, we would’ve won the game.

NCAA champion Jim Harrick often told his players, “It is absolutely amazing what you can accomplish when you have prepared to be ready.”

Question is, are you ready? 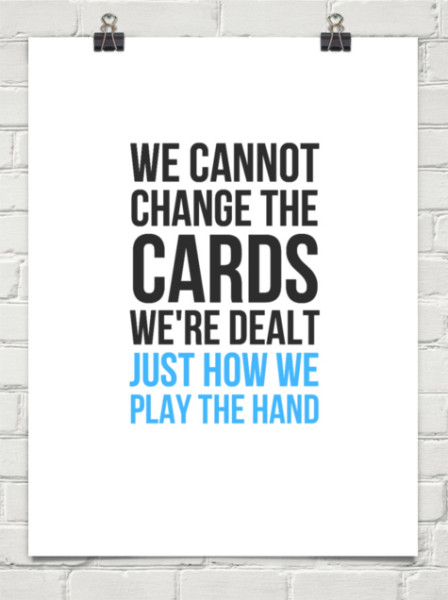 Ready deal with whatever the cards you were dealt today.

Dr. Shann Ferch, in a deep conversation last night, “Some people who really want to save their marriage, turn their life around, make more money or live a better life do not have the skills to make it happen.”

To me the slogan Ready Freddy means, am I ready for the daily grind to win? Personally, the battle with cancer is a 24/7 deal. There are no free throws. Parenting has no holidays. Assuming you want to win.

Winning at LIFEBALL demands blood on the court, not ours at the end of the day. Metaphorically at the end of each day, I see blood on cancer, NOT on me.

What’s in your hand? What cards have been dealt to you?

“Do you not know that in a race all the runners run, but only one gets the prize? Run in such a way as to get the prize. Everyone who competes in the games goes into strict training. They do it to get a crown that will not last, but we do it to get a crown that will last forever. Therefore I do not run like someone running aimlessly; I do not fight like a boxer beating the air. No, I strike a blow to my body and make it my slave so that after I have preached to others, I myself will not be disqualified for the prize.” 1 Corinthians 9:24-27