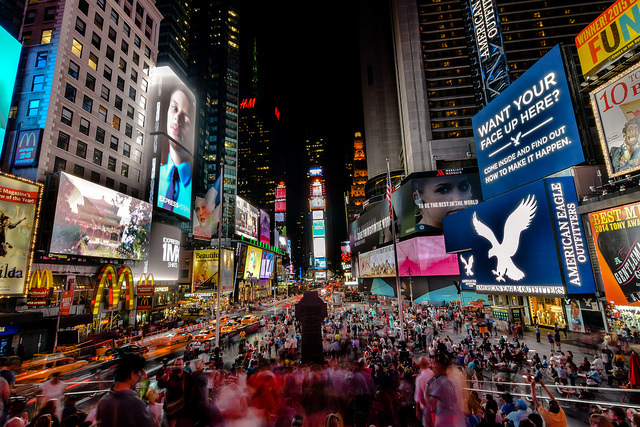 New York City – WHAT EVER HAPPENED TO SIN?

For a boy who grew up in a small Washington state town, the Big Apple can be overwhelming.

Last night walking through Time Square to the Rockefeller Center with our Alaska friends it seemed there were more people there than the entire population of all of Alaska.

Early today as I imagined hundreds of faces I saw last night the words of Paul in Romans 1 jumped off the pages.

THEY TRADED THE TRUTH ABOUT GOD FOR A LIE.

One of the books I benefitted from years ago when I was a family & marriage counselor was “WHATEVER BECAME OF SIN?” BY KARL MENNINGER, M.D.

Paul nails me in Romans. Before I discovered God’s truth I believed if it turned out there really was a God who judges sin, which I doubted, there actually is a heaven, and I would barely get through the pearly gates with a C grade.

Here Paul says God is angry at all sin. Too often today sin is called a slip, a mistake or a plethora of other excuses.

The truth is I am a sinner in need of Forgiveness. Today I come to you Lord in the same way I stepped into a shower. Crowell is scrubbed and clean on the outside.

Now you thru Christ’s shed blood on the cross I am showered and scrubbed on the inside.

Time for Crowell to go win the day. I begin by winning the moment. RIGHT HERE-RIGHT NOW!