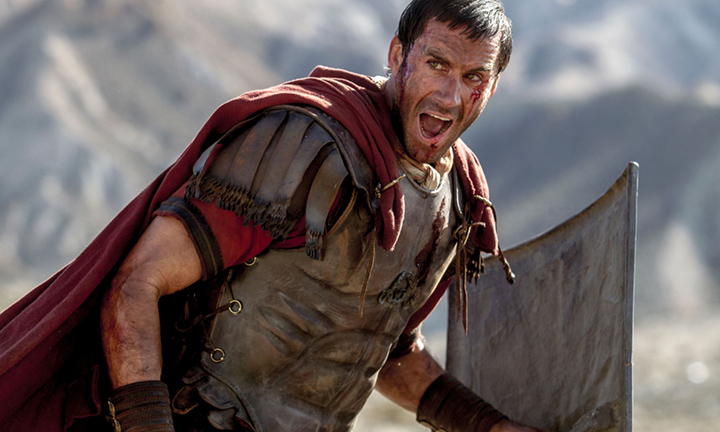 The must see movie, Risen, took me back to the most difficult, challenging decision of my young life.

Like the centurion soldier who protected Herod, I  came to a fork in the road. One road was intellectual honesty, the other to follow my desires, my emotions. They were at war!

Most people make emotional decisions then back them up with logic. Example, we shouldn’t have bought this car but we couldn’t afford not to trade cars.

Back in 1965 I was an agnostic. Death is a tough teacher. My mother’s tragic death severely damaged my faith in God. My priest’s accusation that I was going to hell shifted me to the antiGod way of thinking.

The death of Jesus and the empty tomb placed the elite Roman soldier with the duty to find the stolen body. Though he was relentless, he could not find the body.

Both the Centurion and I ended up at a similar fork in the road. It became crystal clear that the body of Jesus had not been stolen. He had been Risen!

At the point when, at an emotional level, everything in your being does not want to accept the logical facts, the mind and heart are at conflict.

No matter how the Roman centurion uncovered new evidence as much as he wanted to prove Jesus was a fraud, it came back to him that Jesus had Risen His mind said, “Jesus is the absolute truth.” His heart was a Roman soldier. His heart wanted fame and wealth.

At my fork in the road there was not one emotionally driven reason I wanted to say, “Yes”

to the claims of Jesus Christ on my life. I knew it would be costly. The Centurion and I found ourselves in the same circumstance.

Thankfully, I did not let my emotions make my decision. My yes was the product of a remarkable mother and my basketball coach who taught me far more than basketball. His life spoke, “Do the right thing.”

My mother and high school basketball coach lived truth. They made tough decisions and when emotion and intellect did not line up, they chose truth based on intellectual logic. Emotions were the tail on the dog as it should be.

Another Roman begged us to present our bodies as living sacrifices and to be transformed by the renewing of our minds.

When I discovered message of Jesus was not only intellectually honest but compelling to my heart, is when I wholeheartedly decided to become all His.

Gentle suggestion for the serious pursuit of developing self control, of uniting mind and heart before making life decisions. Memorize Romans 12:1-2.