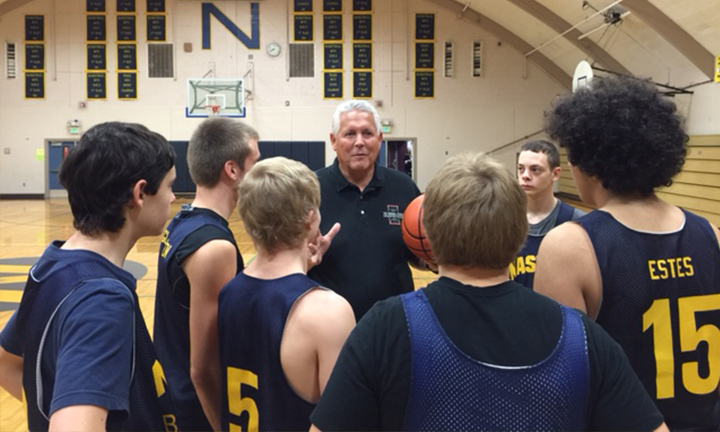 Attitude is the King of EQ – emotional intelligence at NBC camps and in the Crowell Household.

As you read today’s Words of Hope, it was written in two settings.

Setting #ONE – A boardroom in Portland, Oregon.

A few seasons ago in Naselle, a town in SW Washington, was my residence. The Comets’ started their basketball season, and the boys and girls coach invited me to consult.

Lyle Patterson is a dedicated, quality coaches; for 29 years he has coached basketball at Naselle. His boys’ basketball team won 623 games. Patterson was also a tail gunner on a B-29; shooting downs Russian Migs over N Korea. I refer to him as a national treasure.

Another highlight was staying in the beautiful home of Tim and Sabrina Wirkala’s, nestled alongside the Naselle River.

Tim called his folks to make sure they came to the basketball game so we could visit. The first thing they said to me was, “The best thing we ever did as parents was to send our boys to NBC Camps.”

I asked Mr. and Mrs. Wirkala why they hold NBC in such high praise.

Wally was quick to respond, “Because when the boys came home from camp they were different, they had positive attitudes.”

“How were they different?” I asked. Mrs. Wirkala jumped in with, “the boys were more grateful, worked harder and best of all their love of and obedience to God, along with there appreciation for us as their parents improved.”

Setting #TWO – While in the Portland airport for two hours I became engrossed in writing about PMA.

Oops, missed my flight back to Spokane!

Enthusiasm about getting home evaporated as I took the shuttle to a hotel, and my PMA was being severely challenged.

The challenge before me was what I call the rebound factor.  How long was it going to take to get my PMA back? I gave myself 10 minutes to win it back.

Your attitude should be the same as that of Christ Jesus.

My PMA is high as I head home this a.m. Don’t think I will miss this flight.

PMA is a trademark at NBC. How is your PMA, is the question, “Boy am I enthusiastic” is the answer.

Changing your attitude causes you to change your behavior. Attitude is a choice. We can all choose our attitude as well as our level of effort.