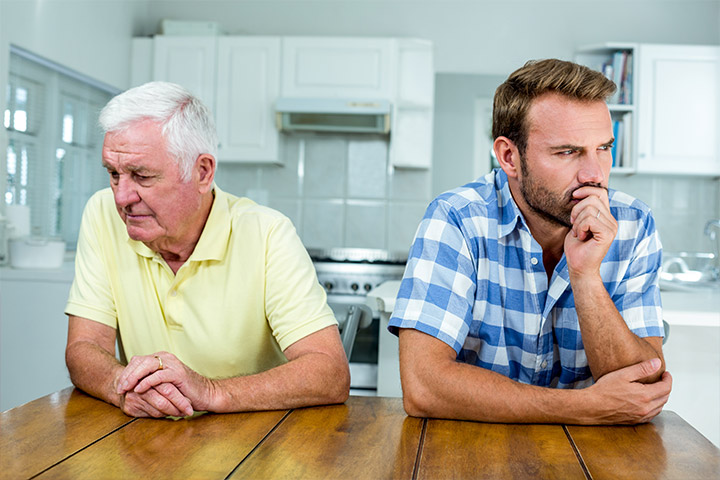 Words of Hope: Love must be Sincere

Dad believed fully what Mother Teresa said, “Christ’s love is always stronger than evil in the world… this kind of love begins at home. We cannot give to the outside what we do not have on the inside.”

One Christmas, a father, invited his sons and their families along with his nephew home for the holidays. The father and his eldest son had a very strained relationship. The eldest son harbored tremendous bitterness towards his father, who he viewed as a hypocrite and a tyrant. The father, a dominating Evangelical, went to Bible study every week yet spoke to his wife with contempt. Their marriage relationship was full of imbalance and dislike. He never admitted to wrongdoing; it was always “his way or the highway.”

After Christmas dinner, all the families watched TV together. The nephew told the eldest son about his new contract with a local construction company during a show. The father, a successful contractor, interrupted their conversation and began maligning the work of his nephew’s company. The nephew tried to defend where he worked, but the father shouted him down. All the family members listened in silence as the father upbraided the nephew. Then the eldest confronted his father saying, “You always have to be right; you can never let anyone have a different opinion. What do you know about contracting? You’re always playing tennis and golf while letting other people run the business.”

The intensity increased until the father stormed out from the room. When he came back a few hours later, he spoke loudly to other family members. He spoke about his eldest son in the third person though his son sat in plain sight. The father declared that his eldest son may have to leave the house and never return. Then the father bickered about his son individually with each family member. His eldest son could hear these diatribes. Eventually, the eldest son approached the father like a dog with its tail between its legs and apologized for everything he had said. The father nodded in agreement as his eldest son admitted his mistakes. The father magnanimously said he would be gracious this one time and allow his son to remain at his home. Immediately after the standoff, the mom announced, “I have pie and ice cream; let’s all sit down together as a family.” They all sat and ate together in silence.

The eldest son and his father still attend family gatherings together, but the father is surprised and hurt by the look of hatred on his son’s face. He does not understand why his eldest son can’t stand to be around him. He asks his Bible study to pray for his son’s salvation and blames his son’s liberal friends for their distance.

Dad knew the people in this story. He felt sad and angered by fathers who lived this type of false religion used to dominate others. Of all the things I am grateful for, I loved that my Dad truly aspired to love humbly and from the heart. He wanted the cross around his neck to be less important than the cross he picked up daily–the cross to die to self, to ask forgiveness of his family members, and to bring love to the home that is without hypocrisy.

“Love must be sincere, hate what is evil cling to what is good. Be devoted to one another in brotherly love, honor one another above yourself.” – Romans 12: 9-10