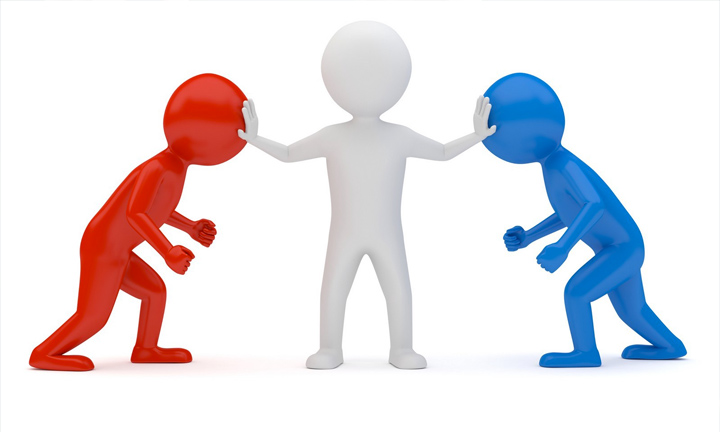 “What is causing the quarrels and fights among you? Don’t they come from the evil desires at war within you?” James, the brother of Jesus, asked these questions in James 4:1.

What a novel idea that quarrels and wars (Q&W) BEGIN in us! Really? In me? I ask in total disbelief. Yes, because of my self-centered desires. Quarrels are strife, conflicts, feuds, discord. They are the opposite of peace, unity.

This is where Emotional Intelligence comes into play. Each human has a people-skills toolbox. Like the carpenter, there must be a hammer, measuring tape, wrench, pliers, screw drivers, marking pencil. The emotional toolbox will contain:

The novice homeowner often cannot find the right tool when most needed. Likewise, some people choose the incorrect tool for the emotion. Most often, the hammer of anger is used for most emotional outlets. Especially it is used when feeling blame, criticism, and contempt (worst of all).

Let’s break down a Q&W example, using my world of sports, Emotional Intelligence and spiritual training. Over the 48 years of NBC Camps leadership, I faced people who truly believed NBC Camps’ staff should be offering their coaching services for no remuneration, meaning free. Such people were some coaches, school administrators, and even a dentist. Believe me, this became a cause for big-time Q&W. In the case of the dentist, conversely it seemed ironic why his dental services to children were not free-of-charge. The solution for me was to say nothing. Then it also made me wonder why teachers, coaches, school administrators receive tax-payer dollars for their salaries. Again, the solution for me was to say nothing.

However, when one person in a position of power wanted to block NBC Camps from performing services in his school system, I realized it was time for me to go to the people-skills toolbox. It was the best way to avoid the wars. For over six months, war was avoided by being silent and preparing a lawyer-approved 10-page report. The day before sending it, that school system leader resigned his position. I experienced the Lord will work for us if we wait for Him.

Avoid Q&W unless there is absolutely no other way. Do not ever go into battle until the Q&W within you personally is resolved. Your inside heart will tell you.

I also have discovered it is only by God’s mercy and grace that we can hope to stay out of Quarrels & Wars. “It is God who gives grace continually to the lowly, those who are humble enough to receive it” (James 4:6).