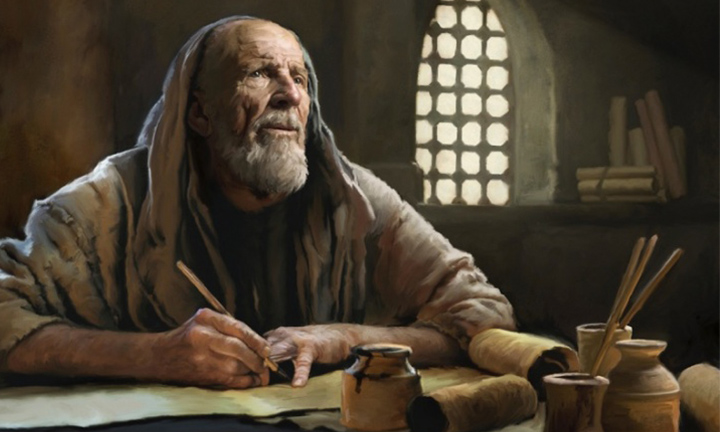 Everyone loves a story, especially children!  Here is an incredible ancient man’s story. This man’s name is John… John the beloved.

Once upon a time, a very long time ago, there lived a boy named John. After meeting a very special Man, he and his brother James even left all they had and became this special Man’s followers. To leave all they had was something because their father, Zebedee, was a fisherman of “some means” around the Sea of Galilee.

Many years later when he was considered an old man (about 60), John was impressed to write about this dear Friend who had died a tragic death but miraculously did not stay dead. John’s mother was also impressed and was with him at this death time. John’s story is almost too good to be true. Still, being true, every person on earth facing hard times now has new hope.

John wrote this miracle story, and it is still accessible today. He said: “In the beginning (before all time) the WORD existed. the WORD was with God, and the WORD was God Himself.”  No one had ever said anything like this. What can this mean to us? John meant the WORD became a human being just like us. The only difference is this Human was also God and therefore also created all things.

Even more miraculous, the story tells us how the WORD was born a baby and did not become a king for 33 years. Baby Jesus had to grow and become a man to do His job here on earth.

How can this story be? It seems so illogical! Therefore, most educated people in the world often refuse to believe it. Yet, the proof of this story happens one person at a time. John said: As many as received (welcomed) Him, to them He gave the privilege and right to become the children of God, that is to those who believe (adhere and trust) in His Name.”  Clearly, the story is a miracle story because it is a true story. When you receive Christ, you receive a new King, a new kingdom with a new way to live.

John, an old man, told us this life-giving story. We can believe it or not. I chose to believe it, although at first it didn’t make sense to me as a young man. Yet the more I saw the story in others’ lives, the more I wanted that life. Fifty (50) years ago I made the discovery of the new spiritual birth John described as reborn. Truly, any man in Christ is a new creature. This rebirth is the greatest privilege life offers.

This has become my story, my greatest story. What is your story?