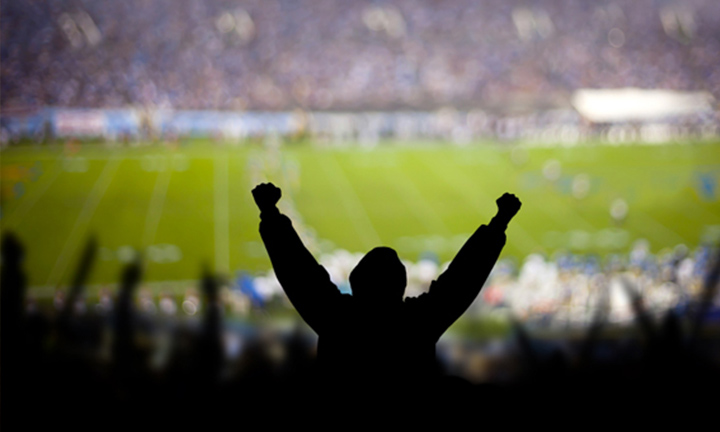 These days enthusiasm is spontaneous for me. There have been times when enthusiasm has been hard-work.

Those difficult days putting one foot in front of the other demanded a heart of enthusiasm. It was “fake it till you make it,” or “act as if” days.

The beauty of enthusiasm is that it’s a choice. We can clothe ourselves in enthusiasm by a determined decision. It is this simple. Today I live enthusiasm.

Nearly 50 years ago a man told how he became a millionaire. He sold Swipe Soap. He recruited about 50 salesmen. They all went door to door.

PMA was the key. Positive mental attitude. Each morning the boss demanded each sales person to attend a 30 minute PMA session.

“How is your PMA?!,” he shouted. With immediate response everyone stood to yell, “boy am I enthusiastic!”

Hundreds of thousands of NBC athletes learned PMA!  One spine doctor told me, PMA got him through med school.

Enthusiasm makes the difference. Enthusiasm is God’s gift to you and me. 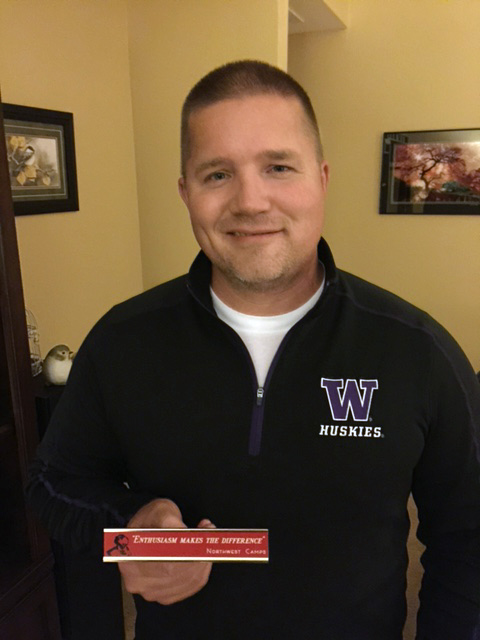 Pictured is Tim Wirkkala a senior officer of Naselle Rock and Asphalt Company. Tim attended NBC camps 9 summers, and was a star on legendary Coach Patterson’s outstanding teams. Tim Wirkkala holds his enthusiasm desk mount he received as a member of Crowell’s Challenger Club. It has been on his dresser for over 25 years!

“NBC camps is the place my parents sent me to learn to live out their awesome dreams for me.” — Tim Twirkka