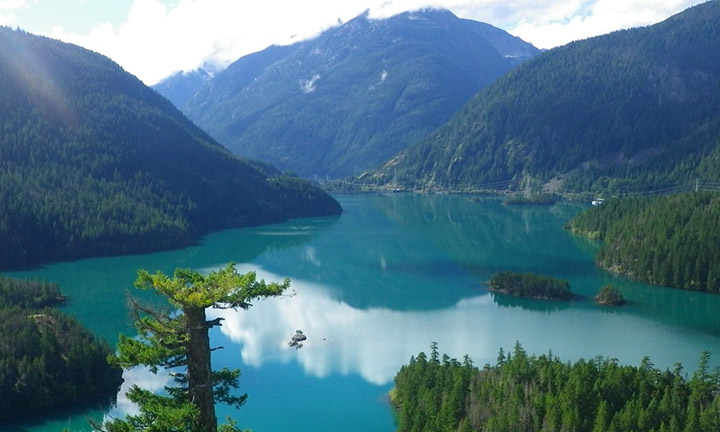 Anacortes is a small fishing, lumber town in northwest Washington. This community has lived, breathed, and died basketball. It has been the town religion. No one cared whether you were Catholic or Protestant but you had to love basketball! The Anacortes American newspaper gave a local basketball player more ink in one year than what a big city’s newspaper gave to its high school star in four years. Football and baseball were only for the off-season, waiting for basketball to begin again.

One of my Anacortes teammate’s father, Delmar Cole, had a standing bet: a fifth of whiskey for every Anacortes Seahawks win. During a 5-year run, the Hawks record was 115-12. Del’s fishing crew on his seiner boat, Radio, enjoyed a lot of booze!

No wonder why this 1956-1960 time period was called the GOLDEN ERA OF ANACORTES BASKETBALL. As visiting teams crossed the bridge to enter Fidalgo Island, the gateway to the San Juan Islands, they knew they were going to Basketball USA and were in for a beating.

Although Anacortes’ high school classes averaged around 130 students, when it came to the annual basketball tournaments, they played with the “big boys,” like against Renton High with 3000 students. Truly a David vs. Goliath affair!

When it came to the fall basketball JV or varsity team tryouts, there were several sleepless nights for the would-be 100 hopefuls. Coach Taylor had a rigid formula to choose 22 players: 10 for Varsity, 2 more for next-season prep, and more for JV. If not chosen, then an intramural team became the prep team. The third day of tryout saw a roster list on the coach’s door. No other communication — pure business!

Bobby Evans was one of those boys who did not sleep during his 9th-grade tryouts. He had been cut in both his 7th and 8th grades. However, in grade 9 Coach Vaughn Weber saw what others did not see and made a visit to the Evans’ home, encouraging them to purchase contact lenses and orthodontic braces for their son because he had great potential.

Was the coach right? Three years later, Bobby became “Bob” as a giant boy/man; had long arms, hog hands, young-dragon passion within; was moved to a starting role after 19 games. He became the star of the ’61 team, securing him a scholarship to Stanford University. Now he has attained a successful business in Anacortes.

I, Fred Crowell, also grew up in Anacortes, playing basketball during that Golden Era. Now, 60 years later, I cherish my background, preparing me to be the founder/president of NBC Basketball Camps and a speaker and coach to many schools, assemblies, clinics, camps in literally thousands of small towns in the USA western states, and Canada provinces.

Small town basketball is forever in my Hall of Fame gratitude trophy case. I bless the Lord and will not forget all my benefits (Psalm 103:1).