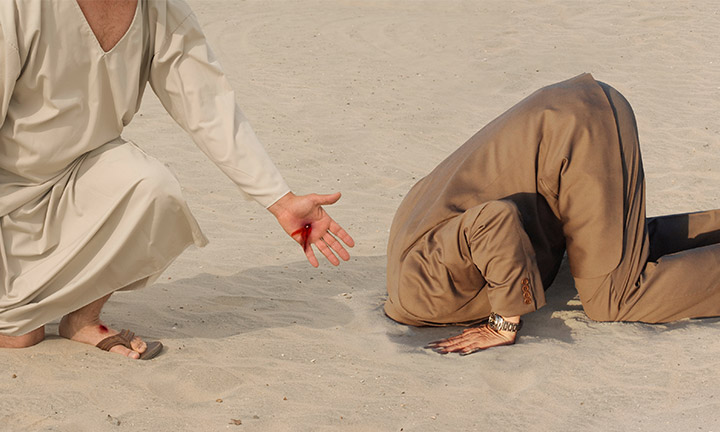 Sad to say, in today’s culture you and I are at war. The enemy is unbelief. Too often we view the enemy as other people, but in reality, it is our personal unbelief.

Unbelief is a determined refusal to believe, spiritual blindness. It is not simply doubt. Doubt is the question of faith, not the absence of faith. It is the fog or mist, but the sun is still there.

The brilliantly educated St. Paul was aware of this. That is why he wrote in his letter to his friends in the city of Ephesus to dress in the full armor of God daily, using faith as the shield against the darts of unbelief.

Dressing for success is the first step in winning any battle. Imagine basketball players dressing in the wrong shoes, maybe hip boots instead of quality basketball shoes. Or imagine a bike racer not wearing the proper helmet.

I affirm that God’s greatest gift to me is my faith belief system. Belief dictates my behavior as well as my response to suffering. If I want to change my life in a positive manner, the best results come from changing my belief system. I choose to believe what God says about me revealed in His Word (Romans 10:17).

Unbelief is believing something other than what God has said about any of my given situations. Such an unbelieving heart grieves God. (It is possible to believe in God, but not in what He says because of a hardened heart.)

The daily dressing in God’s armor empowers me to win the unbelief war. It is a battle of mind and heart. Ignorance is Satan’s playground, and a lack of knowledge results in unbelief, a state of sin. I choose to hang onto God’s promises day after day. I also believe with Peter that “…he who believes in Him (the cornerstone, capstone) will not be disappointed…” (I Peter 2:6-7).