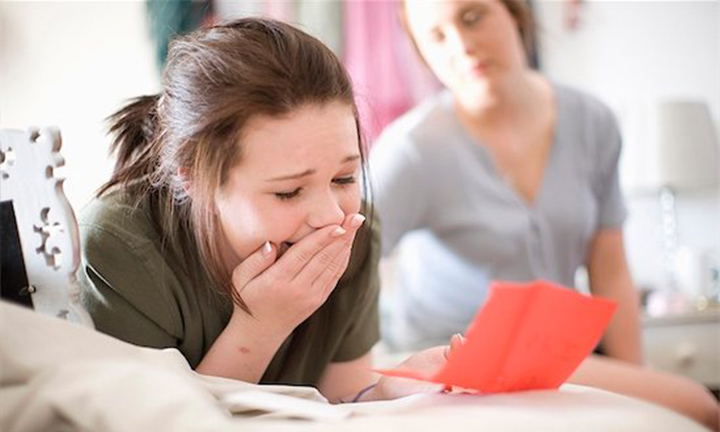 VICTORY OVER DEPRESSION – a true story

We all need stories of victory.  The following story is, indeed, remarkable. It verifies the powerful impact one person’s love can have on another.  A caring sister saved a life.

20 years ago, after multiple failed suicide attempts, a note was written as the finally entry in a gradleshool journal, it had not been seen or touched by anyone in well over a decade.

I figured the police would uncover it, eventually. But my kid sister found it first.

How had she found it? Impossible! She was not even alive when I came into it’s possession.  Even more, as the hater of God that I was at the time, while my sister answered me, “God showed me where to go and how to find where your journal was hidden, He told me to open it, and to read the back of the very last page.” I still could not believe!

My kid sister, had found, read, and delivered the journal to my Mom, and my final (and what would have certainly been permanent) attempt at suicide was thwarted. I went to suicide prevention, then my family was on watch. For one full year I brought my family (specifically my Mother) to hell with me. One full year of insomnia (I never slept, I just laid awake on a bed at night wishing I was dead).

My little brother was my reason to keep on living, even in my misery. My Mother had made me promise her I would not take my own life, so I kept breathing for her, but I kept trying to live for my little brother.

It would be through my little brother that I came to hear about Jesus, oh I had “heard” before, but I wanted nothing to do with “that God” whom I was angry with, and assumed hated me right back. Until I was told He loved me.

I will never forget what the man ministering the gospel said when I shared with him that I did not believe God could forgive me even if He wanted to and that while I now believed Jesus did die on the cross for sinners and rise from the dead, I was worse than those sinners Jesus “really” died for. He said to me, “You may be correct, you may be too far gone, and God will simply send you to hell… but, you will never know unless you ask Him.”

As a reader of Words of Hope, Fred’s series on depression led me to share my story:

This post and this series is for everyone. Depression and suicide will effect every person on this planet on some level, merely by statistics. I hope non of us experience depression as believers, but I have seen crippling depression in believers just as well, and I have experienced it in my past even as a believer. We must be sensitive to the Lord’s leading, after Fred’s first post in this series, I immediately contacted someone I know who is struggling with depression after receiving a poor health related prognosis.

So thankful and so glad Fred pulls no punches. Likely these posts will be used by the Lord to preserve life that will ultimately bring glory to His name.

Have a blessed day everyone, God’s love for you in Christ Jesus is rich and fuller than we can know in this life!