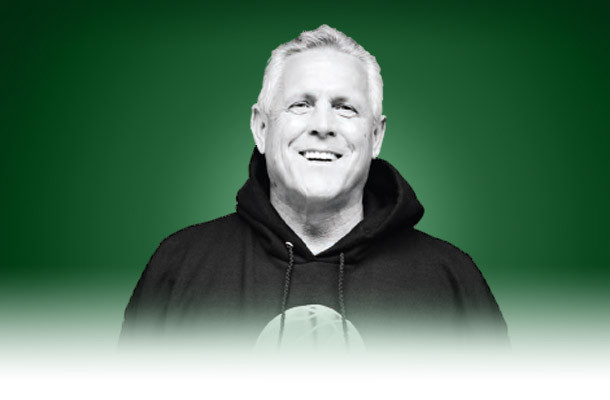 Letter from the President

LETTER FROM THE PRESIDENT

When I took a leap of faith to begin NBC Camps in 1971, a lot of people thought I was crazy. That was a long time ago and a lot has changed. One thing that has not is the purpose and mission of NBC Camps. Basketball is a great game but it will betray the dreams of 99% of all the boys and girls growing up wishing to play in the NBA and WNBA.

It is my firm conviction that there has to be more to make basketball worth it. I honestly believe if BASKETBALL does not make you a better person it is a WASTE of time, money and energy for the 99% who do not make it to the professional level to earn a living.

Basketball is a fabulous tool to teach self-discipline, trust, hard work, honesty, commitment, courage and confidence. Many basketball programs and coaches talk about making players better people without delivering. NBC Camps’ core value is to prepare players for success in life. At the foundation of what we do is a desire to build life and joy into each individual that crosses our path. We want to convey that the real value of playing this game is to look back on a career of competitive sports, not with regret, frustration and hurt feelings, but rather an appreciation for what the game has taught us both as athletes and people. The secret to success for athletes is to learn to play in the fifth dimension. If an athlete can learn to perform in the fifth dimension it will not only translate to a higher degree of success in sports, but also equip them with the tools to be successful in life.

PLAYING IN THE FIFTH DIMENSION

THE BODY The human body is like the body of a car, truck, airplane or train. They come in all sizes, have different purposes and are loved based on the bias of the operator. The body must become servant to the mind.

THE MIND The electrical system in any vehicle has a similar role as one’s mind. Amazingly enough each vehicle, like humans, has a key unique to its ignition. No other key will work. Likewise, the only person who can turn your mind on is YOU! You control your attitude, your mindset, your focus. What happens when you turn on the light switch to your mind?

THE EMOTIONS The difference between a thermometer and a thermostat is one registers the temperature while the other controls it. In today’s cars, technology is so efficient the thermostat can control the driver and passenger temperature separately. Fear, anger, rage, self-pity, pouting, joy, attitude, confidence, and courage are all emotions controlled by you.

THE SPIRIT Transporters without appropriate fuel cannot operate. Run a car tank out of fuel and it becomes worthless. Run an athlete out of desire and losing is soon to follow. The spirit of a person is the fuel found in the inner most being, the heart. Find the fire, the passion, the will to fight and you have a chance to win.

When athletes develop health (wholeness) in these four dimensions, a miracle takes place. They are able to perform in the fifth dimension. Observe how most champions or championship teams are able to elevate their performance to new heights.

NBC Camps empowers athletes to live in the fifth dimension. This means living up to your potential, being the best you can be.